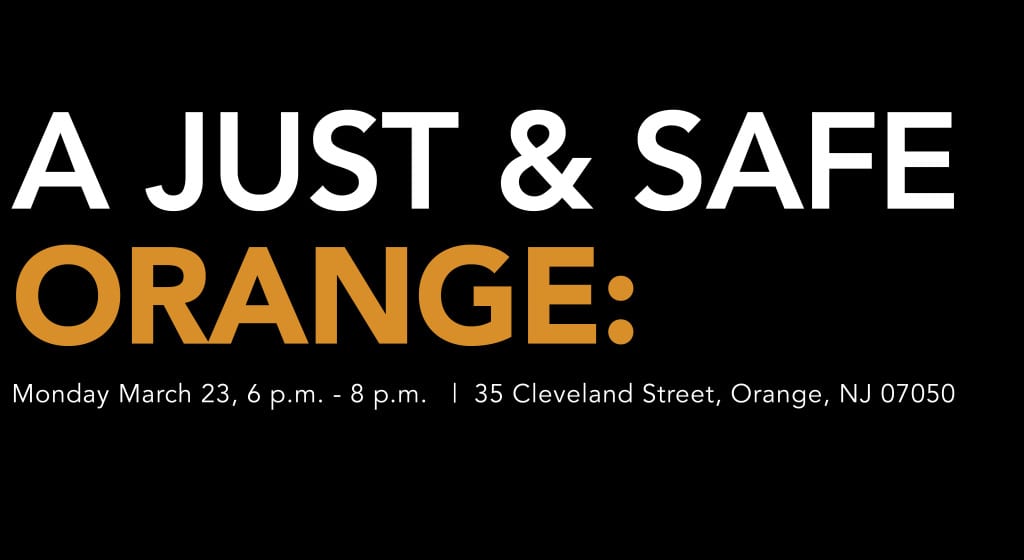 In response to the national news coming out of Ferguson, MO, lifelong Orange resident and University of Orange Assistant Academic Dean, Khemani Gibson, decided to take action in his own city.  Mr. Gibson, a 22-year-old, PhD candidate in history at New York University, has invited police officers, officials from City Hall, high school students, members of the fire department and more, to come together for a conversation about safety and justice in their community on Monday March 23 from 6 p.m.- 8p.m. at the First Unitarian Universalist Church of Essex County located at 35 Cleveland Street in Orange.

“I came to the realization that I do not know anyone in the police force who is in charge of protecting me and my community. This panel is about beginning to build bridges between both entities so that Orange can be a just and safe city.  In light of the recent fire we have to talk about safety overall and how we each can do our part to make Orange better.”
The event will feature speakers including the Police Director Hakim Sims, middle and high school students, Rana Campbell, another lifelong Orange resident and a former fellow at the Vera Institute of Justice as well representatives from fire department and Mayor’s office.  Councilwoman Donna Williams will moderate the panel which will be followed by a conversation in which all participants are invited to share their vision for a just and safe Orange.
Join Us!
Scroll to Top