Paul Robeson — a great son of New Jersey — had many triumphs in his life, but this didn’t prevent him from suffering under McCarthyism. He was prevented from performing in the US and the government took his passport so that he could not travel to earn a living. He was in a terrible position. Many friends in New Jersey tried to organize a series of concerts, but concert halls and churches alike were threatened by the FBI. The committee decided to hold a concert at a private home — Ernest and Maggie Thompson’s house in Orange, NJ. They invited friends and neighbors over for ping pong, horseshoes, ribs and an unforgettable concert. 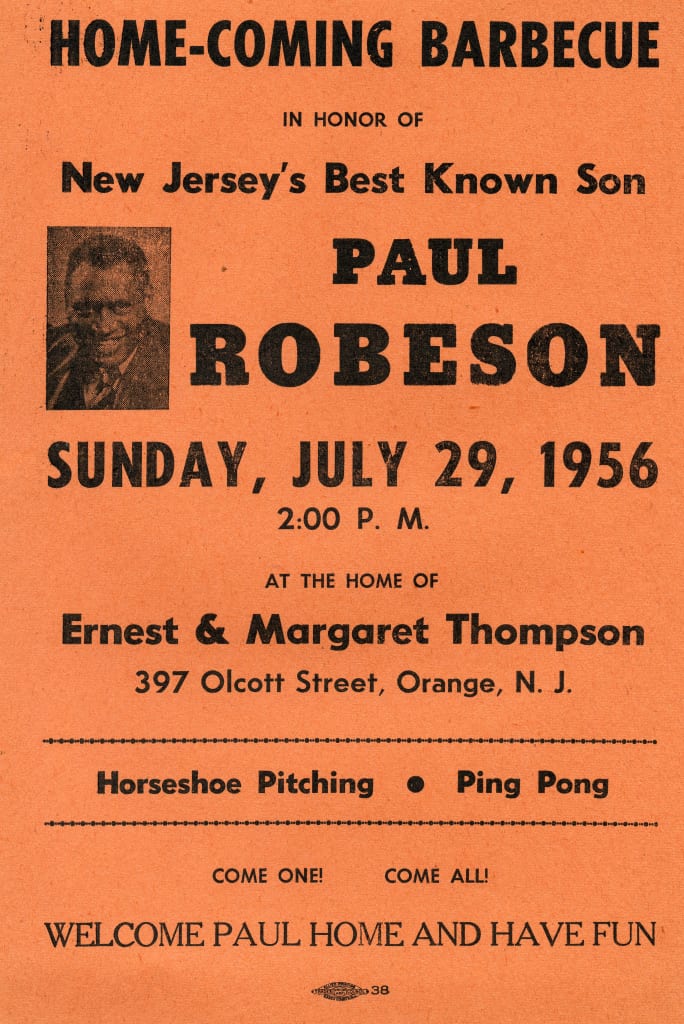