by John (Jamy) Lasell, University of Orange instructor and fundraiser

“In my spare time I do a little fund raising for the University of Orange. One early morning I was handing out cards for our Hidden Treasures of Orange Indiegogo campaign at the Orange train station. I came across a man with a fishing pole. There are few fishable streams in Orange. The east Branch of the Rahway River starts somewhere up the hill and trickles south toward Cranberry where it finally is dammed and gets big enough to canoe on. Our major river is I-280 which flows both in and out but only gets wet when it rains. Hauling in a catch off one of its bridges is a daunting task as the prey are steely fin backs usually weighing over 2000 pounds. So this fellow was headed east on the train to more reasonable rivers, the Passaic, the Hudson, possibly the A Train to Jamaica Bay or even Long Beach to fish in the surf. Urban fishermen have challenges their rural brethren never dream of.

I handed this fellow a postcard with our website address and told him we were collecting stories about Orange. I glanced at his fishing pole and said he must have some to tell. He laughed.

Last I saw him he’d just gone over the Passaic and under the Hudson, still smiling. He had his pole, hope and anticipation. That’s what I like about Orange, we’ve got lots of that.” 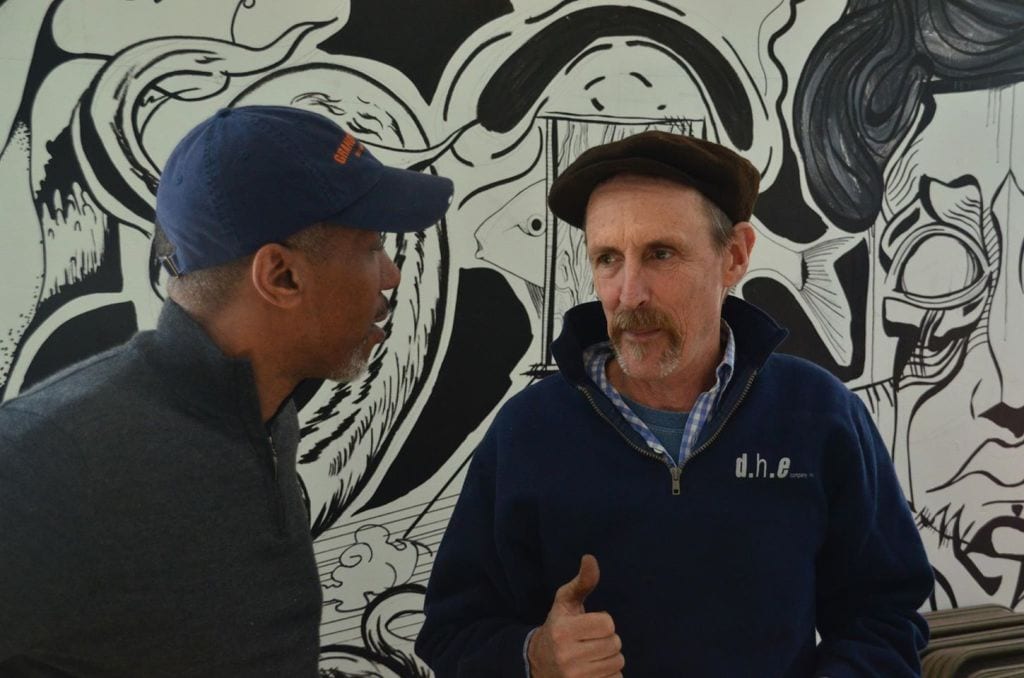