The Lessons of Orange

As we watch the terrible unfolding of tragedy in many cities around the world, we remember the words of Orange organizer, Ernest Thompson. He was a union leader and civil rights pioneer, and is shown in this photo in his pioneering work with United Electrical, Radio and Machine Workers of America (Photo from UE News).

Thompson started to organize in Orange, NJ, in 1957. He wrote a book about the story of his work in Orange. The book is called, “Homeboy Came to Orange: A Story of People’s Power.” It focused on what Thompson thought was the great lesson of the work, the use of coalition to build power. In the early days of the organizing, it was difficult to find whites who would work with the Black community. The only way to succeed was to build coalition on pragmatic common interest. Slowly times changed. Thompson wrote, “…the white community itself was changing–younger. less affluent, prepared to accept coalition. This objective, historical shift prepared the way for the subjective shift: It laid the groundwork for what we call pure coalition. Pure coalition is wide-open coalition on the basis of complete equality of Black and white, with the working class as the main base. This is the ultimate in coalition and must be the kind of coalition built in this country.”

Thompson was quite ill in the three years before he died, but he worked on his book with passion. He thought that the world needed the story of Orange. He wrote, “ In the struggle to build pure coalition we learned many lessons… Our experiences–the lessons of this book–are desperately needed in today’s world to help humankind learn to live together… We have no more time for war, or exploitation, or poisoning the earth. We must learn to live together now.. These tasks are too crucial to be entrusted to the warmongers and the profiteers. The money-changers must once again be driven from the temple so that the people can prevail, for only the people can be entrusted with their own future.” 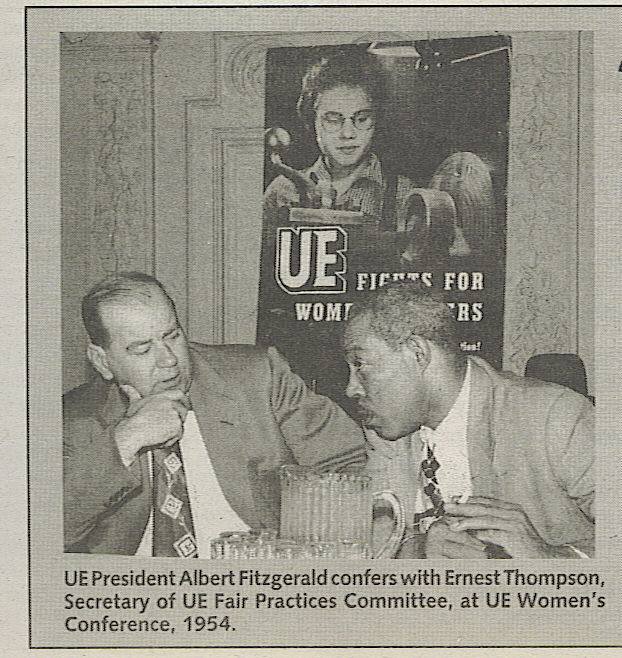 1 thought on “Homeboy Came to Orange”