Our University of Orange Team Biographies 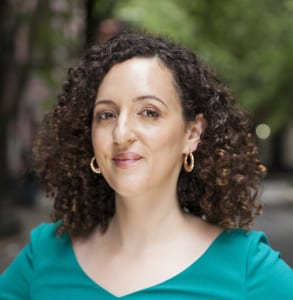 MOLLY ROSE KAUFMAN, is a community planner, journalist and youth worker. Her writing has appeared in YES! Magazine, Kinfolk Magazine and the New York Times. As a community organizer in Orange, NJ, she cofounded the University of Orange, a free people’s university, worked with residents and planners to write the Heart of Orange plan and codeveloped ORNG Ink, a youth-led, user driven arts collective. She has a BA from Hampshire College, an MS in journalism from Columbia University and was a 2016 Civic Liberal Arts Fellow at the New School. She currently serves as the University of Orange Provost & Program Director and is a Listening Consultant at HUUB. 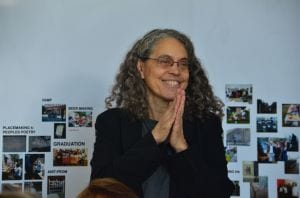 MINDY THOMPSON FULLILOVE, MD, University of Orange Board President, is professor of urban policy and health at The New School. Prior to joining the New School in 2016, she worked for 26 years as a research psychiatrist at the New York State Psychiatric Institute and was a professor of clinical psychiatry and public health at Columbia University. She was educated at Bryn Mawr College (AB, 1971) and Columbia University (MS, 1971; MD 1978). She is a board certified psychiatrist, having received her training at New York Hospital-Westchester Division (1978-1981) and Montefiore Hospital (1981-1982). She has conducted research on AIDS and other epidemics of poor communities, with a special interest in the relationship between the collapse of communities and decline in health. From her research, she has published Root Shock: How Tearing Up City Neighborhoods Hurts America and What We Can Do About It (2004), and The House of Joshua: Meditations on Family and Place (1999). She is a co- author of Rodrick Wallace’s Collective Consciousness and Its Discontents: Institutional Distributed Cognition, Racial Policy and Public Health in the United States (2008). She has published numerous articles, book chapters, and monographs. She has received many awards, including inclusion on “Best Doctors” lists and two honorary doctorates (Chatham College, 1999, and Bank Street College of Education, 2002). Her work in AIDS is featured in Jacob Levenson’s The Secret Epidemic: The Story of AIDS in Black America. Her latest book, Urban Alchemy: Restoring Joy in America’s Sorted-Out Cities, was released in June, 2013. 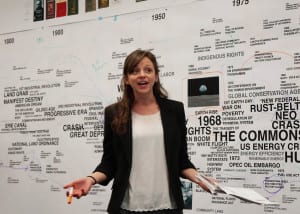 AUBREY MURDOCK, is Head of School & Lead Designer for the University of Orange. Murdock is a graduate of the Design & Urban Ecologies program at Parsons The New School (M.S.) and Columbia College (B.A., Film Production). She focuses on the role of media and design within civic education and involvement. Her most recent work includes a short film outlining a history of discriminatory planning policies in the United States (The Domino Effect), University of Orange’s long term, site-based storytelling project: Hidden Treasure of Our Orange, and researching collaborative remediation and collective natural resource management proctices in her hometown of Casper, Wyoming. 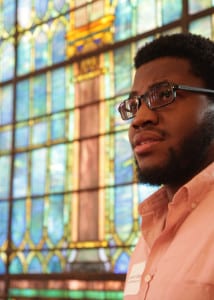 KHEMANI GIBSON, Associate Academic Dean, is a graduate of Drew University in Madison, New Jersey with a B.A. in history, Pan-African Studies, and Spanish. A lifelong Orange resident, Khemani Gibson is a product of the Orange Public Schools system graduating from Orange High School in June 2010.  During his college career Mr. Gibson was able to participate in many civic engagement projects that centered on improving education for minorities in urban communities. He is also a member of several national honor societies such as Phi Beta Kappa, Chi Alpha Epsilon, Phi Alpha Theta (History), and Sigma Delta Pi (Spanish). Mr. Gibson has studied in South Africa, The Dominican Republic, and Haiti learning of how race is socially constructed in those countries. Mr. Gibson is now a PhD student in NYU’s  History program focusing on the African Diaspora. Mr.Gibson defines his personal goal as inspiring  others to realize how they can be positive agents of change and progress in their local and global communities. 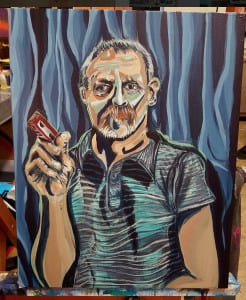 In addition to being this year’s President of the University of Orange, JOHN ‘JAMY’ LASELL is a working carpenter, retired farmer and plays harmonica daily.