In 2021 our Music City team produced the 6th annual Music City Festival: Dancing in the Streets. This was our largest Music City Festival yet, and a pivotal moment for our team to reflect on and articulate Music City’s analysis, work, and organizing strategy. Here you will find an essay written by Douglas Farrand, Molly Rose Kaufman and Mindy Fullilove published by DENSE Magazine on the festival and a keynote presentation featuring Margaux Simmons, Douglas Farrand, Cesar Presa, Ray Sykes, and Molly Rose Kaufman on Music City’s evolution and practice. 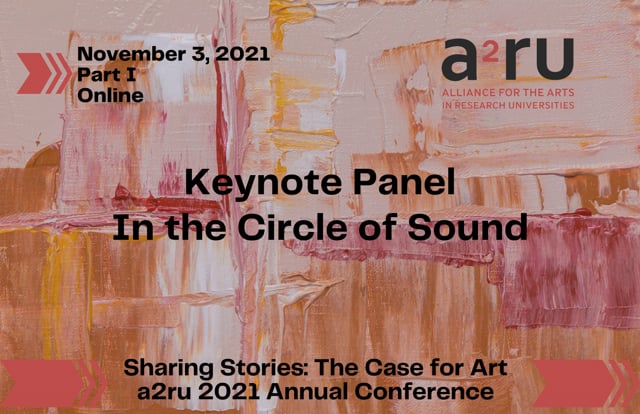 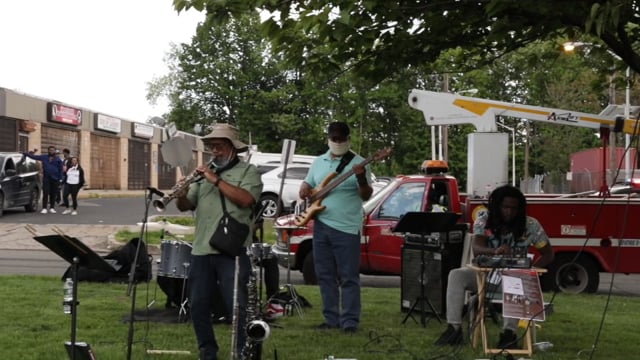 In the Circle of Sound (Dense Magazine)

In Issue 1, University of Orange offers up their antidote to speeding past and around America’s Main Streets, and it’s music to our ears. Link to original article.

Take it from Martha & The Vandellas and the University of Orange: if you’re aching for a sense of belonging, try parking your cars and dancing in the streets.

UofO’s Issue 1 essay “In The Circle of Sound” traces the interconnections between the speed of the Turnpike and the slowness of our main streets by way of music – played by live, local musicians. Such is the drumbeat of their annual Music City Festival, held every May in Orange, New Jersey (their 6th edition having just concluded). With summer sounds in full swing, tune into UofO’s words and images as they hit pause on Spotify and turn up for all the street jams.

What is the point of the Turnpike? Speeding. Orange, New Jersey has been deeply affected by the need for speed: it was chopped in two and its middle scooped out for the construction of Route 280, part of the interstate highway system that goes West from the North-South Turnpike, contributing to the nation’s net of speedways. Even earlier in the city’s history, the train, which arrived in Orange in 1832, lifted up the need for speed as it created a divide through the middle of the city. The thrust for speed is both a cultural goal and a set of dividers that fractionate the city. We see the latest expression of this in the thrust for “transit-oriented development” which builds high-priced housing around train stations, looking only to rush people to work, not to help them live in a place.

Here we want to lift up stopping as the antidote to many urban ills that come from thinking we can and should speed around. An outdoor music festival on a city’s main streets is all about stopping. People might be rushing by, but let’s say a band has arrived, and is setting up its speakers and drum set. The guitarists are tuning and the singer is holding the mic in preparation for her moment: this is something different. It doesn’t take a long local history of public music to make it a thing. That’s what music does. Instead of imagining the soundtrack of the moment, there it is, pulling us into moments of focus, into the circle of music. It’s the opposite of the Turnpike: halted, round, connected. We make music in the streets because we want to inhabit the city in that way. Music is a centripetal force that brings people together across the borders of speed.

The thrust for speed is both a cultural goal and a set of dividers that fractionate the city.

We at the University of Orange, a free urbanism school, believe that the power of music gives people a desire for reconnection. Architect William Morrish pointed out to us that the city of Orange was founded as a real place, a hub of hubs, a city that emerged hundreds of years earlier because of its important geographic position at the foot of the First Mountain. More recently, as employment has moved out of the city, it has been re-conceived as residences organized around transit, a place with no internal urban logic. He urged us to draw on the history of the place to propose the next stage in Orange’s development as rooted in itself. He created a diagram to show us the difference between the “through” of transit-oriented development and “hub of hubs” of restoration urbanism.

As a department of UofO, Music City works to strengthen and illuminate the hub of hubs as a compact, connected web. We do this using a Magic Strategy, interventions that are enacted at multiple scales and across multiple sectors. We work at the scale of the individual, the family, the neighborhood and the city. We engage the education sector, the religion sector, the civic sector, and the cultural sector, connecting several siloed communities. Our Music City Festival celebrates music from all of Orange’s diverse communities, bringing together amateur, aspiring, and established professional musicians to perform together. Co-organized by a group of 10 community members, the festival has been described in the past as “like playing in the family compound.”

While for some years we have been bringing people together from different parts of the city, the Covid pandemic changed the venue from indoors to outdoors. To make this shift, the Music City team walked the Main Streets of Orange—Main, Central, Lincoln, Essex and Valley—to find the right sites near the city’s great restaurants. We invited 84 musicians to play in front of ten local restaurants over three days in May of 2021, calling the festival “Dancing in the Streets.” As a major leap forward in creating the Hub of Hubs, we invited people to move through Orange in new ways.

An outdoor music festival on a city’s main streets is all about stopping.

La Rosa Mexicana, run by Beni Mani, a chef from Puebla who cooks his mother’s recipes, is a vibrant community restaurant that is often full late into the night with local Hispanic families and at lunch time with day laborers. One of its windows was smashed shortly before the pandemic, and remained in disrepair as the festival approached. The organizing committee, which had gained Beni’s trust, was able to leverage growing partnerships with the health department and a non-profit organization to ensure that the window was safely and beautifully boarded up in time for the festival, with plans to replace the window afterwards.

The old divisions of the city meant that the people needed welcome and reassurance as they stepped out of their routines. The divisiveness of the Trump Administration, followed by the upheaval of the Covid pandemic, had created a deep climate of fear, and we felt that the antidote was to create a climate of love. We believe music creates love through collaborative dialogue and musical exchange for musicians at all levels. We look to Orange residents Maggie and Ernie Thompson, who, in 1956, hosted a concert for Paul Robeson at their home. Robeson sang “Joshua Fit the Battle of Jericho,” teaching about the power of music to overcome hate: “Then the lamb ram sheep horns began to blow, The trumpets began to sound, Joshua commanded the children to shout, And the walls came tumblin’ down.”

During “Dancing in the Streets” from May 14th to 16th [2021], new or rarely seen sights were observed on Orange streets: the Orange High School marching band, with its high stepping twirlers, and a string quartet, for example. The unified choruses of a four-piece hip-hop group and thunderous percussion from a cumbia band echoed off buildings and around corners. People slowed their cars, or stopped their stroll, to take in the unusual. Typically empty stretches of sidewalk filled with groups, milling, chatting, eating, and, indeed, dancing. Our UofO team happened to find a big table at a restaurant with outdoor seating, and so we listened to several musical sets while eating Columbian versions of nachos and tacos. On a balmy night, there was no reason to go. We could settle into the circle of the music.

The feelings of connection and inclusion have stayed with us. It is a North star for the restoration of a strong, vital, and centered city—a hub of hubs where people linger with one another.

Douglas Farrand is Co-Director of University of Orange’s Music City program. He works as a musician, educator, and organizer in Orange NJ, his adopted home since 2013.

Mindy Thompson Fullilove is a psychiatrist and professor of urban policy at the New School. Though she grew up there, it was years before she’d learned enough to realize that everything you want to know about the American city you could learn in Orange, NJ.

Molly Rose Kaufman is Co-Founder of University of Orange. She began her work in restoration urbanism at the Cities Research Group in the 1990s. Molly’s grandparents were organizers in Orange and she is proud to carry forward their legacy.

Booth, Please is DENSE Magazine’s weekly newsletter that explores the dreams, discoveries, confrontations, and epiphanies that emerge when design meets New Jersey — all set within the comforts of the world’s diner capital.